Solan: A breakthrough was achieved in cultivation of a rare mushroom by Indian Council of Agricultural Research after it was successfully able to grow monkey head mushroom (Hericium erinaceus) through artificial cultivation.

Hericium erinaceus (Monkey head Mushroom) is a medicinally important mushroom reported to inhibit the growth of various kinds of cancers. 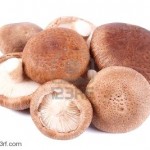 This mushroom was successfully cultivated on autoclaved wheat straw (fruiting temperature 20-25Â°C) at this Directorate (working under the aegis of Indian Council of Agricultural Reasearch) located in Solan city of Himachal Pradesh using indigenous tissue culture from a mushroom fruit body collected during mushroom surveys.

The Directorate has standardized tunnel pasteurization technology for cultivation of oyster mushroom. This will promote multiple use of tunnels that are presently being used for pasteurization and conditioning of compost for button mushroom cultivation only.

Using this method, pink oyster mushroom, one of the fastest growing Pleurotus species and suitable for cultivation during warmer conditions, was cultivated on pilot scale.

Mushroom is a nutritious vegetable with high content of protein, Vitamin B12, folic acid, lysine and tryptophan amino acids and a natural source of vitamin D. In addition, it does not have any cholesterol, has high fibre content and high potassium.

These attributes make mushroom a health food (nutraceutical). In India, mushroom cultivation started in mid sixties.
Mushrooms are cultivated seasonally under natural conditions and also round the year under controlled conditions. India has been exporting more than 50 percent of the total mushroom production.

He also informed that during last two decades mushroom production in India has increased from 10,000 tons to one lakh tons.

According to him, mushroom cultivation is not confined to hilly states but its cultivation is being done in plains, North Eastern and southern parts of India.

In a 250 square feet area, cultivator can get income approximately Rs.3000 (USD 70) per month. This is an additional income to the poor families in the rural areas. Value-added products like dry mushroom,
mushroom pickle, mushroom powder can further enhance the profits.

Formerly known as Imperial Council of Agricultural Research, it was established on 16 July, 1929 as a registered society under the Societies Registration Act, 1860.