Shimla: Sounding out emergence of a third front in the just concluded poll to civic and rural local bodies, Communist Party of India (Marxists) said that analysis of the results showed that over 50% of the winners were not aligned to BJP or Congress, the major parties in the states polity. 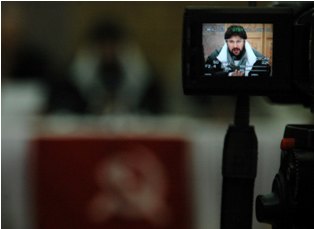 Unlike the two mainstream parties, which have laid claim to overwhelmingly winning the election to Panchayati institutions, Tikender Panwar, CPI(M) spokesman said that their party had made a significant gain by winning 15 zila parishad seats, 25 block panchayat member seats and 75 positions of panchayat presidents and vice-presidents in the recently concluded rural bodies election.

He said, â€œnot just has the party got tremendous support but a majority of the panchayats have elected non Congress, non BJP representatives.â€

In fact, he added, CPI(M) had emerged to hold the balance of power in some of the block samithis and zila parishads, where indirect elections for electing the chairman and vice-chairman of these second and third tier panchayati institutions was yet to be held.

Demanding holding of the rural poll along party lines, Kuldeep Tanwar, CPI(M) state secretariat member said, â€œto bring about transparency in the poll process and root out grass root corruption by snapping the nexus between elected panchayat functionary and contractor, the Panchayat elections need to be contested on party lines.â€

He said that the rural voters had rejected candidates supported by both congress and BJP, where government policies were not in tune with livelihood issues of the residents.

Talking about the crisis that agriculture faces because of monkey menace, Tanwar claimed that many members of Kheti Bacchao Sangarsh Samiti, who are in the forefront of a campaign for protecting crops from marauding simians, had won in the elections.

He said that likewise supporters of both major parties had lost out in Chamba where the residents were up against hydel power companies, in Karsog where the villagers were opposing a cement plant, in Renuka where the people were opposing the setting up a dam and in Kinnaur where the natives were opposed to setting up of large hydropower projects.

The party had demanded that more powers and funds than the employment guarantee scheme needed to be devolved to local bodies.

Ridiculing congress and BJP about making exaggerated claims of their victory Panwar said that ruling BJP tried all its maneuvers but could not help the erosion of its vote share.