Hamirpur:To strengthen the agri-marketing infrastructure, chief minister Prem Kumar Dhumal on Himachal statehood day announced plans for setting up a large modern marketing yard for the districts of Kangra, Una, Hamirpur and Bilaspur districts and went onto declaring release of 10 percent dearness release for all employees and pensioners. 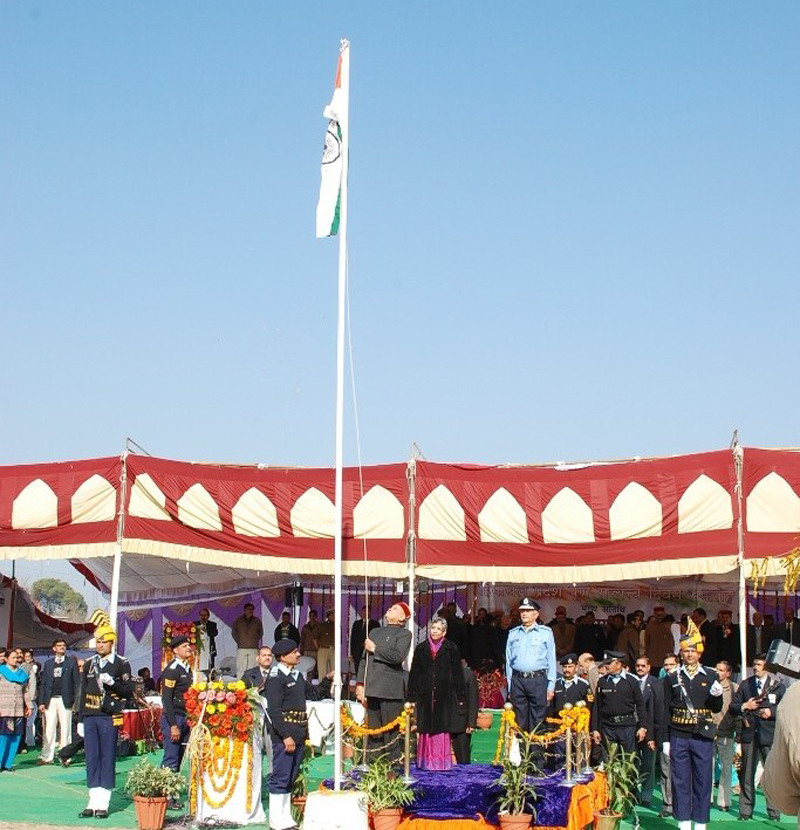 Speaking at a statehood day function in Hamirpur, the chief minister said that to mark four decades of Himachal statehood, the government plans to hold functions round the year in all the districts of state.

After unfurling the national flag and taking salute at an impressive march past, he said in 40 years the development ushered in was exempelary not only for other hill states in the country but for other areas also. Only recently, in a nationwide survey, the state had bagged the Best Big State Award for overall good performance, he said.

Announcing release of 10% DA from 1 July, 2010, he said whereas arrears would be credited into government provident fund accounts, enhanced DA from January 2011 would be in cash.

For benefit of farmers of lower areas of Himachal, particularly for the districts of Kangra, Una, Hamirpur and Bilaspur a large modern market yard with and investment of Rs 100 crore would be setup, said Dhumal.

Headquarters of the Organic Farming Project that is being started with assistance from Japan International Cooperation Agency for promotion of organic farming and diversification would be headquartered in Hamirpur, said the chief minister.

Reiterating his governmentâ€™s resolve to improve the rural economy, he said under the Rs. 353 crore Pandit Deen Dayal Kisan Baagwan Samridhi Yojna about 6000 poly houses had been constructed in two years while the scheme has a target of setting up 16500 poly houses.

To supplement farmers income another Rs 300 crore Doodh Ganga Yojna was being implemented.

He said that education, health and road had been given top priority.

To make Himachal Pradesh an educational hub a number of educational institutions were being opened, which included opening of a 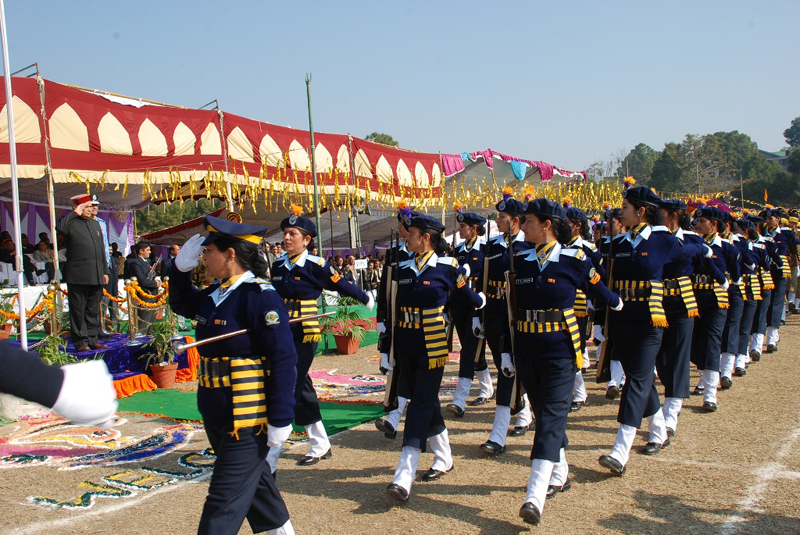 Besides a Central University, National Institute of Fashion Technology and Food Crafts Institute had been established in Kangra district, Technical University and Hotel Management Institute in Hamirpur district, IIT and ESI Medical College and Hospital was coming up in Mandi district.

An Atal Shiksha Kunj had been set up at Kalu Jhanda in Baddi Barotiwala area of Solan district and three more medical colleges are proposed to be opened, one each in Hamirpur, Una and Sirmaur district.

While committing the government about ensurin better medical care facilities he said that 600 MBBS, 85 Ayurvedic doctors and hundreds of nurses and paramedical staff had been appointed.

Dhumal said that free institutional deliveries were being done in 100 hospitals in the State. He said that Chief Minister School Health Programme had been started for medical check up of the students free of cost. He said that for senior citizens denture were being provided free of cost under ‘Muskan’ scheme launched last year.

Chief Minister said that roads were life lines of the people in the State keeping in view geo-graphical conditions. He said that the Government had formulated a plan to connect every village having population of 250 and above by year 2012. He said that 900 villages had been connected by road during last three ears. He said that 2700 new roads had been constructed during the period.

Dhumal said that social security sector had also been accorded priority to give human face to the developmental efforts of the Government and added that 34 percent of the plan outlay was being spent on this vital sector. He said that 50 percent increase had been made under social security pension and 67563 new eligible persons had been sanctioned this pension.

He said that Rs. 105 crore was being spent on providing social security pension to over 2,67,000 persons in the State. He said that daily wage of the workers had also been increased from Rs. 75 to Rs. 120 thereby benefitting each daily waged worker by Rs. 16,245 annually.

Chief Minister said that subsidized ration was also being made available to the people in the State and BPL families were getting this at much cheaper rates.

Dhumal said that with a view to making Himachal Pradesh a prosperous State in the country, available natural resources were being exploited speedily. He said that Himachal Pradesh had immense hydel, industrial and tourism potential which were being harnessed so as to ensure income to the State and employment to local people. He said that a plan had been made to harness 17000 MW of electricity by 2017.

He said that tourism was another sector which had great potential for generating income and employment to the people. He said that emphasis had been laid for rural tourism and a number of schemes like ‘Home Stay Scheme’,’ Ghar-Ghar Ki Kahani’ and Har Gaon Kuchh Kahata Hai’ had been started. He said that heli taxi service was being started and ropeways being constructed so as to provide added attraction to the tourists.