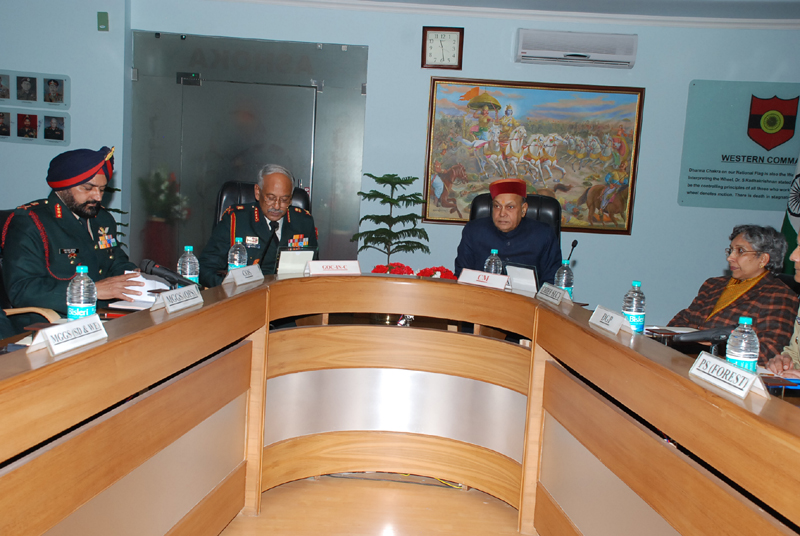 Prof. Dhumal while presiding over Civil Military Liaison Conference at Chandimandir today said that coordination and harmonious functioning amongst civil and Army is a pre-requisite for ensuring progressive and sustainable development of the State.

Prof. Prem Kumar Dhumal said that vigil of our defence forces on border areas and timely help to civil administration in disaster management had earned confidence of the people of the State. He said that protection from flash floods and cloud bursts that cause vast devastation and loss to public and private property required urgent response wherein army, despite its operational commitments, had been providing timely assistance to the State Government. The efforts of the army in rescue operations and immediate relief works have indeed been commendable. He said that coordination between civil and army authorities was also required in the area of disaster management as Himachal Pradesh and its adjoining areas fall under Seismic Zone 5.

He said that due to increasing pressure of security forces in J&K along the border district of Chamba there were chances of infiltration of terrorists to Chamba and it is important for maintaining vigil of high order and there was a need to improve communication network between from Pangi valley to border areas of J&K.