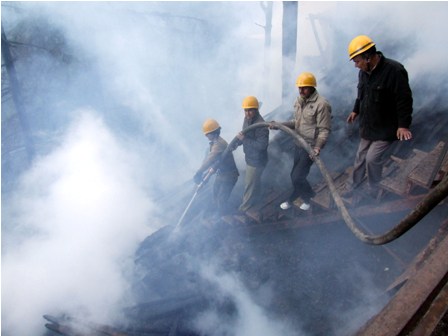 Shimla: Fire fighters had a difficult time in containing a fire in Lakkar Bazar area that broke out in the early hours of the morning and gutted a saw mill and an electrical store.

Police officer Kushal Kumar said that the fire outbreak was reported at 3 a.m. A saw mill and an electrical equipment store belonging to Verma Trading Company were burnt in the inferno, he said.

With the saw mill containing a large stock of high value timber consisting of ceder and blue pine logs, police have put the fire loss at over Rs 1 Crore. No loss to human life was reported. The outbreak is believed to have been caused by human negligence.