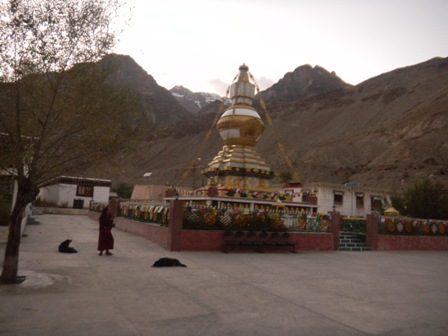 Shimla: With temperatures touching sub-zero levels, villagers in a remote Panchayat in high altitude tribal lands of Spiti, close to the Indoâ€“Tibetan border, decided to dump the electoral process and settled upon the new presidential candidate by simply auctioning the post to the highest bidder.

Nominations for the ensuing rural polls in Spiti valley close today and voters of Demul Panchayat (about 30 KMs from Kaza) had more or less agreed upon a woman candidate whose family won a Rs 1.20 lakhs bid for the five year term as Pradhan, till the state election officials intervened.

For a society that is governed by a Buddhist religious code, democracy is not about choices as 11 of the 13 Panchayats in the over 10,000 feet altitude valley are said to have unanimously agreed upon their president, vice-president and ward member candidates picked through a draw of lots drawn from all eligible voters that is presided over by the head Lama of the local Gompa (Buddhist temple).

Sonam Chowale, a congress worker from Kaza disclosed, â€œfinding herself catapulted to the position of Pradhan, picked through the draw, an aged woman from Demul village showed reluctance to take up the responsibility.â€

With the onus of nominating another women candidate left to her, as the post was reserved for a woman candidate, the family hit upon cashing the opportunity by inviting bids. Two auctions are said to have been held. At the first one the highest bid closed at Rs 2 Lakhs, but wife of the bid winner shied away for donning the chair. 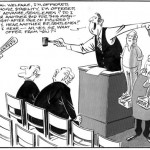 On Monday, a second bid is said to have been held that started at Rs 40 thousand and ended at Rs 1.20 lakhs. The Panchayat, which consists of Demul, Leedang, Lara and Shebo villages and are without any telephone connectivity, were settled with the arrangement when word spread and election officials have disrupted the equilibrium.

Additional district magistrate of Spiti, Jitinder Sanjta, who is presiding over the election process in valley said, â€œon reports about auctioning of a Panchayat Pradhanâ€™s post in Demul reaching us, an inquiry has been instituted.â€

â€œShould it come to light that money was used to settle any panchayat election, it would be annulled, he added.

Of the 13 Panchayats in the valley, elections are to be held in two – Kaza and Sagnam panchayats. In others, till yesterday there was no contest for any seat and the final draw would only been known by Wednesday, said Sanjta.