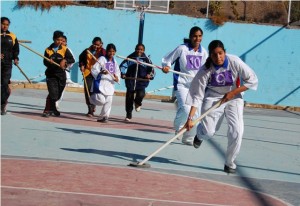 Shimla: Braving cold winds about 600 differently abled children from 19 state, who participated in the national floor hockey championships here did live upto their moto â€˜Let me win. But if I cannot win, Let me be brave in the attempt.â€

For the men’s category there were as many as four groups, with their being gold, silver and bronze prizes for each group. The team from West Bengal won the gold in the first group, with Maharashtra winning the silver and Rajasthan took the bronze. The team from Delhi was declared 4th in this group.

In the second group, it was Jharkhand who won the gold, Goa took silver and Bihar won the bronze medal.

In the last group, the north eastern team from Manipur won gold, Chandigarh silver and Haryana was given the bronze medal here today.

For the womenâ€™s category there were three groups and Delhi won gold in the first one, with silver going to West Bengal and Bihar won the bronze medal.

Social welfare minister Sarveen Chaudhary, who was chief guest for the occasion honoured the players and gave away the prizes. Speaking on the occasion she said that there were over 90,000 people in Himachal alone who had over 40 percent of disability. 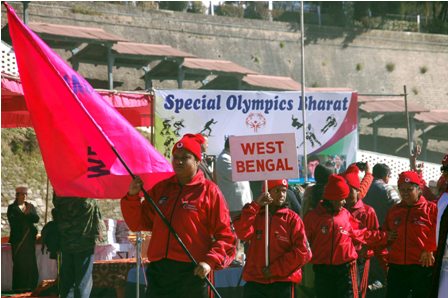 Chairperson of Special Olympics Bharat, Mallika Nadda, who has successfully organized this even for the second time in just 9 years of setting up a Himachal Chapter of the special games, on the occasion said that in Himachal regular games for special children were being organized in as many as 10 of the 12 districts.