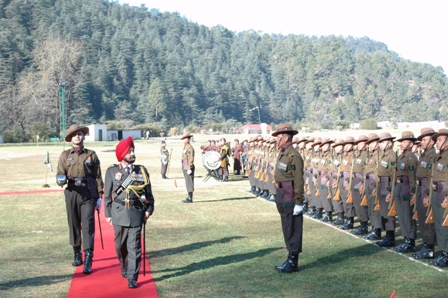 General Lamba, who was on his way to take up his new assignment as Vice Chief of Army Staff, was interacting with senior army officers after inspecting an impressive Guard of Honour at Annadale before departing for Delhi. 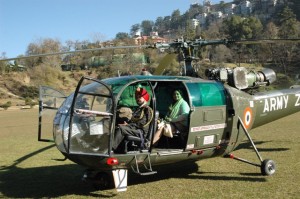 Quoting Army Chief VK Singh about â€˜an army is as good as it trainsâ€™ he said, â€œtransformation in training is about total change; change in how the army deploys and employs forces; change in its ability to adapt to a wider range of missions across the full spectrum of warfare and change in leadership development process.â€

Speaking ARTAC (Army Training Command) he said that it carried the onerous responsibility of evolving and articulating operational doctrines, concepts and philosophies as an expression of Indian Armyâ€™s fundamental approach to war-fighting in the emerging operational environment.

While at ARTRAC, General Lamba has articulated the new Indian Army Doctrine and has strongly advocated joint training exercises for the three forces for improving combat effectiveness.

For a million strong and the second largest army, training will remain a huge challenge for ARTRAC for which the Training Institutions would gradually transform into Centre of Excellence, he said.

Excellence in the art and science of warâ€™ remains the credo and the guiding spirit behind Army Training Command remainsâ€™, he added.

Recently he also was instrumental in holding a seminar on Media-Military Synergy which set benchmarks in fostering mutual understanding with the media.

ARTRAC command looks at transforming war-fighters to operate successfully in the realms of high technology environment.

The Army is provisioning state of art infrastructure and equipment to simulate battlefield as also addresses the fields of e-Learning and distant learning in training establishments for proliferation to the entire environment which make learning more accessible beyond the legacy systems.