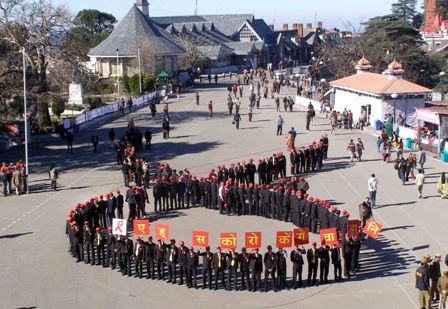 Shimla: The stateâ€™s intensive HIV/AIDS campaign had resulted in rise in voluntary testing among the people and the prevalence rate had come off from 0.36 to 0.03 percent in Himachal Pradesh, chief minister Prem Kumar Dhumal disclosed on Worlds AIDS Day, here today.

He said that as many as 207,360 people had got themselves voluntarily tested for HIV, and the state had increased the testing facilities from 21 centers in 2008 to the current 49 centre functioning.

There were 4829 HIV cases in Himachal of which 1145 were battling AIDS, said Dhumal.

In the last two years 77,104 expecting mothers have been tested for the dreaded disease and over the past eleven month 41,444 young people had come forward to take the test.

The state had started a toll free state helpline 1299 on HIV/AIDS counseling and 51,301 people had so far availed the facility.

Emphasizing that awareness, precaution and prevention was the only mode to protect oneself from the disease, he said that Red Ribbon Fairs were organized to created awareness besides constitution clubs. So far 218 Red Ribbon Clubs in colleges and other educational institutions had been constituted, the chief minister disclosed.

On the occasion the chief minister flagged off an awareness rally, visited a painting exhibition and inaugurated a blood donation camp.