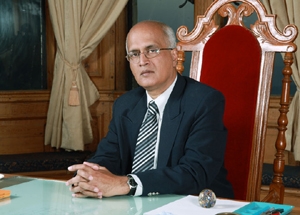 BL Mungekar, chairman of the governing body of the institute made the announcement of appointong deSouza for a second term at New Delhi on Tuesday.

This is for the second time in the history of the institute since its inception that the Director is getting second term. Earlier, Mrinal Miri was given second term as Director in 1996.

On being given a second term, the director said, â€œ in the last three years, the Institute has been able to carve out a unique place in the intellectual map of the country where one can look at the perennial questions of human condition and also policy issues confronting the contemporary society.

Spelling out plans for the next three years, he said, â€œfocus of the Institute would be to further strengthen its academic programme and to make its presence felt at the international level.â€