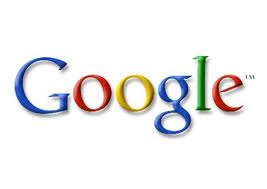 This is an internet era and you must not be unaware of Google, the internet surfing giant.

In mid 1990s many search engines were being developed. Many of them were starting and then getting folded up. But there were 2 men who were making the ultimate search engine. They were â€œLarry Pageâ€ and â€œSergey Brimâ€ from Stanford University. In 1999 with a starting capital of $100000, they found it â€œGoogleâ€. Whenever we go for internet the first thing which comes to our mind is Google. Whatever you want to find you just type in Google page and you get hundreds of thousands of results. Maximum percentage of internet users today use Google. In 2005 Google had a gross turnover of $6.1 billion and a net profit of $1.5 billion. Google makes its money by advertising.

Whenever you use Google, you find your search results on the left side of the page and the advertisements related to that search on the right hand side. So Google is giving enough opportunity even for start-ups for competing with renowned firms on advertising platforms. It is trying in every possible way that its users donâ€™t have to read newspapers or even see television or move on to some other search engine so as to remain updated in this fast world. Today Google has made the web search much more convenient for its users, so why should they move on for some other search engine. It is now also providing printed materials and books online from various libraries. In various ways Google is trying to attract more and more users.

But there are various questions which generally donâ€™t come into our mind like Wouldnâ€™t be Google a monopolistic brand over the whole internet market ?

Wouldnâ€™t it lead to the homogeneity among the ideas of people using the same search engine all over the world?

Yes it may because same queries-same results-and then same opinions. That is all which could end up with. So donâ€™t you think that there is a need of some search engine may be better than Google which could not only attract internet users towards it but also lead people to have distinctive views regarding same things?

Only then better would come out of good, because there canâ€™t be a good government without a strong opposition.