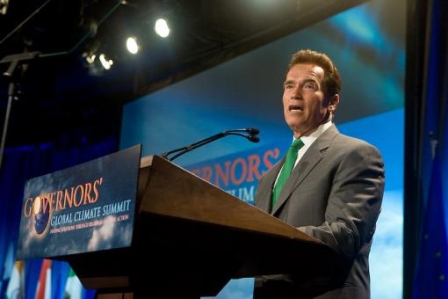 Shimla: Hollywood star and governor of California Arnold Schwarzanegger has invited chief minister Prem Kumar Dhumal for participation at the Governors Global Summit on Climate Change to held later in the month.

The Chief Minister received the invitation today through Delhi based RK Pachauri, Director-General of the Energy and Resources Institute, a government spokesman said here. 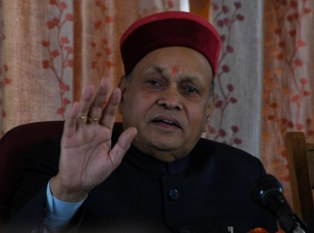 Mentioning the steps taken by the state of Himachal Pradesh to combat climate change, Dhumal said that California had emerged a leader in United States by launching a campaign to deal with the challenge posed by climate change.

He said that facing the growing threat of climate change and recognizing opportunities to mitigate risks by embracing clean technologies and creating strong green economies, governments around the world were focused on climate policies and actions.

States and provinces had shown great leadership in this area, and were demonstrating that they had the capacity and will to tackle climate change.

Speaking about the R20 initiative launched by Schwarzanegger to bring together sub-national governments to implement low carbon and climate resilient projects he said that with the help of public and private resources, developed and developing country regions could come together to reduce global greenhouse gas emissions.