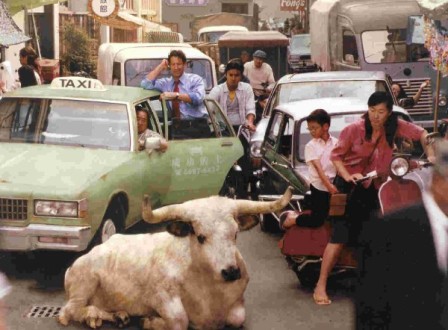 Shimla: Faced with mounting numbers of stray cows being left to fend for themselves in rural areas, the state government has proposed to legislate a law about leaving animals astray a cognizable offence.

Speaking at a function after laying the foundation stone for a stray animal shelter ‘Gaushala Bhawan’ in Hamirpur district, chief minister Prem Kumar Dhumal today said, “a law would soon be enacted to punish those who leave their animals astray. The proposed law would have provisions of fine and other punitive action.”

He said that to leaving animals astray was cruelty, which was against the moral values and heritage of the country. 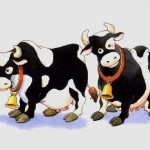 Expressing concern about cows being abandoned, an animal otherwise worshiped, the chief minister said that tags would be used to establish the ownership of abandoned cows, who would be punished under the proposed law.

To make dairy a profitable self-employment venture, the government had increased the procurement price of milk by as much as Rs 5 in the last two years, said Dhumal.

Mentioning the potential of providing sustainable livelihood in animal husbandry, the chief minister said under the ambitious Rs 300 crore Doodh Ganga project the loan amount had been raised from Rs 3 to Rs 15 lakh for starting dairy farming.