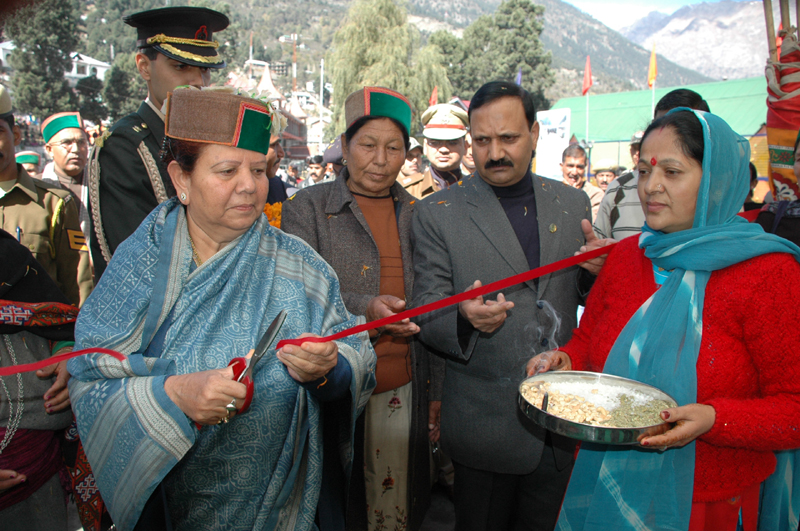 Shimla:Â  Governor Urmila Singh today inaugurated the Kinnaur Mahotsav, what is also labelled as Lavi of Peo and has become popular trade fair celebrated at the district headquarters of f Kinnaur, a highland tribal district.

Speaking on the occasion, the governor said that the Himalayan culture had its own legacy amongst the oldest and rich cultures of the world and the fairs an festivals were integral part of the life of the people.

She said that the people of Kinnaur had deep faith in local deities which was inseparable from festivities held at all local fairs and festivals. â€œThese festivals are an opportune time to witness the rich traditional culture of Kinnaur, she said.

The festival spread over four days attracts a lot of traders who are on the lookout to buy woollen products, dried fruits like the famed Kinnauri almonds and Chuli (dried apricot), rajma, chilgoza and other farm produce.

On the occasion the Governor also inaugurated exhibitions put up by various departments.