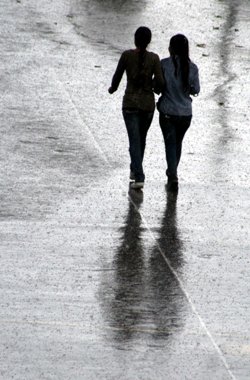 Shimla: A sudden shower accompanied by a mild hailstorm caught many out holidaying here off guard, with some making a beeline to nearest garment stores to pick up woolens as the temperatures dropped drastically.

â€œIt got so cold in the afternoon, and I had to buy out a cardigan immediately as I had come unprepared for such weather,” said Saluja, a tourist from Delhi.

The rains accompanied by hail was due to local formations, said Manmohan Singh, director meteorological department. Temperatures dropped by as much as 3 to 4 degrees Celsius, he added.

The met office has forecast rain and thunderstorms in middle hills for Tuesday also and rain or snow in higher hills.