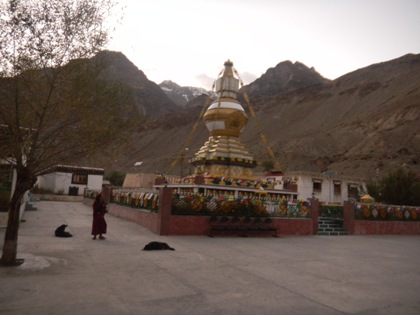 Tabo (Spiti): The German Bakery here is closed as there are fewer foreigners in Spiti this autumn and much of the accommodation created in the valley has no tourists for there are few takers, both domestic and foreign, who are travelling into this high altitude scenic valley.

â€˜After an unusually heavy rainy season for Spiti, the skies are clear now but unlike the past few years there are hardly any tourists, this year,â€ says Lama Chhewang, a resident of the over thousand year old Tabo Gompa (monastery) here.

With large hydropower project being constructed in Satluj Valley, the access to Spiti from Kinnaur side has to pass through bad roads which have been damaged by movement of heavy machinery as well as landslide prone zones that were triggered by the heaviest rains recorded in the tribal belt. 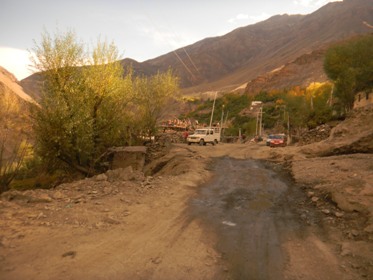 â€œBesides deploying government machines we also engaged hoe back excavators and other heavy machinery from the project construction companies to keep the road open,â€ he adds.

Chhering Dawa – who runs a small eatery that serves a mix of Indian and Tibetan food outside Tabo monastery has not had many customers to serve up to.

â€œLast year there were so many foreigners who would turn up for a meal here and this time around there are so few of them,â€ he said.

However, Shimla based travel agent Anil Bhardwaj is optimistic. There have been fewer foreigners who visited Kinnaur and Spiti this year but from next week domestic tourists, especially Bengaliâ€™s are expected to throng the valley,â€ he says. 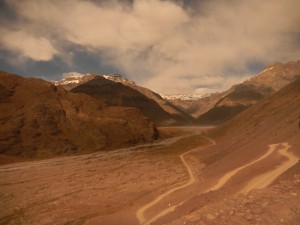 Bodh Dorjee and his wife Chandra, who have been holding a summer camp at Batal for the last 36 years, serving food to travelers passing in and out of Spiti through Chandra valley on the other side of Rohtang Pass, are not so sure.

â€œBad road conditions around Rohtang Pass have deterred many from travelling to Spiti this year. Soon, cold weather will set in and not many are expected to adventure out into the valley that can become snowbound with the first snows,â€ said Dorjee.