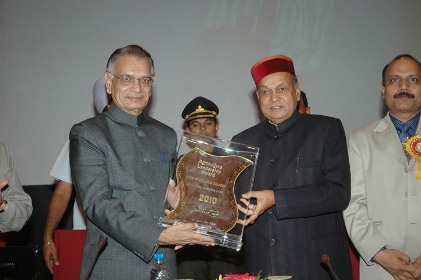 He let the gathering know that the government had launched Pt. Deen Dayal Kisan Bagwan Samridhi Yojna, which involved an investment of Rs. 353 crore for setting up 15 lakh Sq. Mtrs of polyhouses.

The government has also introduced the Doodh Ganga Yojna involving an investment of Rs 300 crores. Under this scheme 10,000 self help groups are to be constituted which would benefit about 50,000 farmers, said Dhumal.