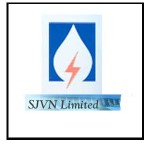 Shimla: SJVN – the central sector power generating company, after going public earlier in the year has declared a dividend of Rs 328.20 crores for 2009-2010, against Rs 320 crore that the company had declared for 208-09, a company spokesman said.

Having held its AGM on Wednesday, a dividend of Rs 0.80 per share was approved, he said.

The company which operates the countryâ€™s largest run of the river hydropower plant at Jhakri, on Satluj River in North India has reported a profit after tax of Rs 972.74 crores for 2009-10, which is a tad lower than the Rs 1015.32 crore that it reported for 2008-09.

The dividend declared is 33.75 percent of the overall profit made by the company, which is the highest in its 6 year history. The dividend includes the Rs 80 crore that SJVN had paid as interim dividend. The company has been making profit since it began generation in 2004-05 and has been paying dividends, each year.

Speaking to the media, HK Sharma, CMD of SJVN said that the company has plans to foray into solar and wind energy as well as transmission businesses.

He said that bad geology had affected working schedules in the head race tunnel of the 412 MW Rampur project. The commissioning schedule of the project has been revised from March 2012 to September 2013, he said.

Generation at the 1500 MW Jhakri plant took a hit in July-August because of heavy silt in the river flow and the company lost 22 generation days, resulting in a shortfall of about 500 million units (MU) of electricity.

However, generation has picked up since August 22, and some of the losses have been made up said Sharma. On Friday, the overall generation loss of the year stood at about 300 MU of power, he added. The total revenue loss because of generation loss is expected to be around Rs 50 crores.

SJVN went public by off-loading 41.5 crore shares (10.03 percent equity) by having a successful IPO in April-May, reducing the central government equity in the company from 74.5 percent to 64.5 percent. The Himachal government has equity of 25.5 percent in SJVN.

The Mini-Ratna company has accumulated reserves of Rs 2,528 crore, which are intended to be used for the companyâ€™s expansion plans.