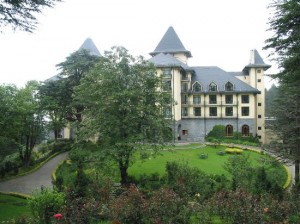 Senior counsel Sudipto Sarkar for the Oberoi’s let the court know that Hotel Wildflower Hall, has been incurring losses for years that was being made up by borrowing unsecured loans from EIH – the promoter company.

It may be mentioned that the hotel initially was a wholly owned government property, which burnt down in 1992. To rebuilt the heritage hotel, it was privatized in 1995, with the Himachal Government holding onto 35 % equity thorough a joint venture (JV) agreement with the Oberoi group.

Sarkar pleaded before the court that the total unsecured loans to the Hotel Wildflower Hall company had risen to Rs 100 crore and in order to clear its balance sheet, EIH through a broad resolution intended to convert the loan into equity.

However, he added that till the main case challenging an arbitration award is settled, the equity would not be converted into shares for EIH and there would be no change in voting rights on a board of seven members, with the government having three directors on the board.

Government counsel, Gagan Anand, who had petitioned the court seeking a restraining order against the proposed board resolution for converting debt into equity, pointed out that the hotel had been constructed under a JV agreement signed on 13.10.1995, under which the government equity was fixed at not less than 35 percent.

Subsequently it was reduced to 32% and then to 21 %, when it resulted into a dispute in 2003 and went into arbitration.

The arbitration award handed out in 2005 had sought to do away the JV and gave sole ownership to EIH after buying out the government’s shareholding but the overall agreement for the land handed out was to be converted into a 40 year old lease deed.

Anand submitted that even after 5 years of the arbitration award, the government had got nothing from handing out the property as the very award has been challenged by the Oberoi’s.

He also disputed the losses being shown in the books of Mashobra Resorts Ltd by producing a document showing that for a hotel making huge losses, the company was giving hefty performance awards to its employees.

While Sarkar held that there was a management deadlock at Hotel Wildflower Hall as no board meeting had been held since 5th September, 2009, Anand maintained that should the board be allowed to pass resolutions related to changing debt into equity till disposal of the main petition, the government equity would further be reduced from 21% to 4 %.

The single bench court agreed with the petitioner and held that should the conversion from debt to equity be allowed, it would have a bearing on the case challenging the arbitration award order.

Chief Justice Kurian, in open court announced, that the board resolution seeking to change debt into equity be deferred till disposal of the petition.

The case challenging the arbitration award – listed for 17th September, 2010, is scheduled to cross examine witnesses.

To a court’s suggestion that the important matter be heard on a day to day basis so that it could be disposed off within two months, both sides asked for dropping of the condition for a day to day hearing.