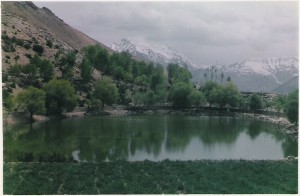 Shimla: With monsoons penetrating deeper into the cold desert regions of Kinnaur and Spiti, chief minister Prem Kumar Dhumal announced that scientists would be invited to study the changing rain pattern and suggest whether carrying out plantations drives in Spiti valley were ecologically safe for the region.

Speaking at the foundation day ceremony of Council of Scientific and Industrial Research (CISR) function at Palampur, today, Dhumal said â€œcold desert areas of Kinnaur and Spiti were experiencing heavy rains, like never before.

The chief minister was referring to the Indian Meteorological Departments this yearâ€™s recording of 535 mm rainfall for Kinnaur for the period of June 1 to September 23, which the district has never recorded. In a normal year, the district receives an average of 161 mm of rain during the period.

Facing the fury of rains, residents of upper Kinnaur and Spiti have been opposing greening of the cold desert, which they claim was bringing about micro-climate changes as the additional greenery in the arid zone was increasing humidity levels and causing rainfalls. 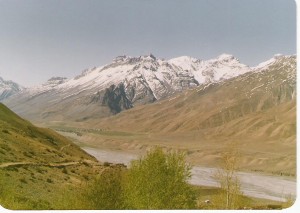 Prem Kumar, a resident of Chango Ho village on the borders of Spiti valley says, â€œwe never used to experience any rains in the entire Spiti valley, but after efforts at greening the cold desert were made we have receiving rains during the monsoon period.â€

In the mid 1990â€™s, a heavy rainy season had washed out much of the infrastructure and damaged many houses, which otherwise have baked mud roof tops, he said.

Commenting on the weather changes being observed KD Verma, a former professor of University of Horticulture and Forestry, Nauni, said, â€œthough a data based study was yet to establish the climatic changes being noticed in Kinnaur and Spiti, but experience was showing that the regions climate had changed from a dry cool temperate one to a dry cool wet temperate one.â€

The changes being noticed not good for the high altitude regions, as the ecology would suffer much damage because of more rainfall occurring particularly in Spiti valley, he said. â€œPerhaps it was due to increased human activity as well as global warming,â€ added Verma.

Along with announcing plans to study whether carrying plantation in the cold desert of Spiti valley was ecologically safe, Dhumal announced that the state would support CISR, which proposes to set up a High Altitude Biology Center in Lahaul Valley for promoting cultivation of lilum as an alternate cash crop because the farm soil in the region was very suitable.

On the occasion, the chief minister also inaugurated an Rs 9.8 crore CISR research facility at Palampur.