Shimla: Financial mis-management at district levels is the highlight of a report on Sirmaur district by Comptroller and Auditor General (CAG) that has done a district centric audit of one of most backward districts of the Himachal for the 2004-09 period.

The report, which was laid in the Vidhan Sabha on Monday, states, â€œ the total flow of funds in the district during 2004-09 and expenditure incurred was not available either with additional deputy commissioner who is the chief planning officer or with the district planning officer and other district authorities like District Rural Development Authority (DRDA).

From information on funds received and reported expenditure in certain significant departments and programs, which was collected by the auditors showed that against Rs 506.59 crores of funds provided over the 5 year period, expenditure incurred stood at 373.06 on 31st March, 2009.

Significant shortfall in expenditure was observed against Pradhan Mantri Gram Sadak Yogna, where against Rs 146.30 crore of funds provided, expenditure incurred was only 38.93 crores.

While funds (Rs 44 lakhs) for AIDS control program were fully utilized but out of the Rs 9.35 crore for sectoral decentralized planning only Rs 86 lakh had been spent.

Under Sarav Shiksha Abhiyan (SSA), against Rs 47.5 crore of funds expenditure was Rs 38.83 crore, for National Rural Health Mission out of Rs 7.37 crore expenditure was 2.03 crore, MLA funds of Rs 6.25 crore only Rs 1.31 was spent and out of the Rs 50 lakhs for e-governance provided for nothing was spent.

After auditing the accounts, CAG comments, â€œin the absence of a integrated system of internal checks and controls of receipts, utilization and accounting of developmental funds there were huge sums lying unutilized and there was also a big gap between the funds released and funds reported as utilized.â€ 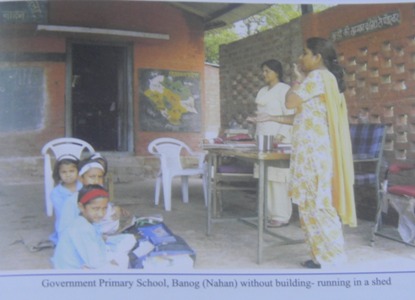 A review of education status, especially in implementation of SSA, showed that while schools for primary and upper primary level (upto VIII standard) increased but enrollment in the targeted 6-14 age group decreased during 2004-09. In high schools also students in class IX to XII declined from 22,237 in 2005-06 to 20,436 in 2008-09. 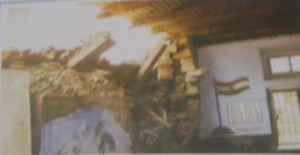 For health infrastructure the district had 3 community health centers (CHCs), 36 primary health centers (PHCs) and 145 sub-centers (SCs), and the auditors found that besides the PHCs, the other institutions were below prescribed norms.

With â€œnon-availability of adequate number of skilled manpower, the purpose of setting up the health centers was not achieved in the district,â€ the report comments adding, â€œ the aim of providing accessible and affordable healthcare to people remained to be achieved.â€