Shimla: Retaining their fortress, Students Federation of India swept the students elections at Himachal Pradesh University winning all four seats on the panel. Out of the three city colleges, SFI candidates also won in two of them, which included an all girls college. At one college National Students Union of India (NSUI) panel was declared winner. 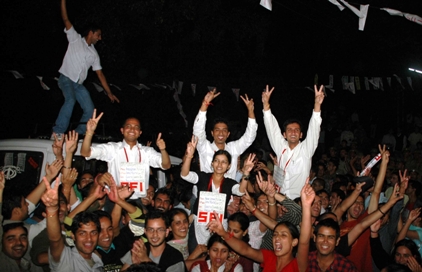 Out of the total poll of 1807 votes, SFIâ€™s Kushi Ram Veram secured 1080 votes to be declared as SCA president. Vipin Mehta by securing 1002 votes won as vice-president, Sunita Ranot polled 1040 votes to be declared winner as General Secretary and Ankush Mandyal by polling 1075 votes was winner for the joint secretary position in the elections.

The communist outfit has won the students body election for 10th year in a row.

Despite making a strong bid the BJP supported ABVP was unable to match the strength of their arch rivals on the campus with Baldve Deshta getting 642 votes for president, Priyanka Thakur 710 for vice-president, Rajinder Singh 684 for general secretary and Deepak Kumar 642 votes for Joint secretary.

Efforts to revive the congress supported NSUI on the campus has once again failed to have any impact as its panel of Uminder Kumar got a mere 43 votes for president, Vimal got 86 votes for vice-president, Pankaj Kumar got 99 votes for general secretary and Kamlesh Kumar got 78 votes for joint secretary.

With the peaceful completion of the university elections, spokesman Ranvir Verma disclosed that the university had declared Saturday to be a holiday.

In the city colleges, SFI panel swept the election on all four seats at RKMV Girls College and the Government Court Shera College whereas at Government Centre of Excellence College – Sanjauli it was the National Students Union of India (NSUI) panel that won the electoral battle. 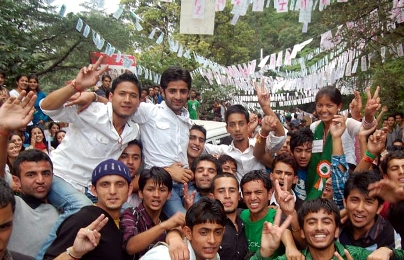 With an electoral pool of 1492 votes at Government Centre of Excellence College – Sanjauli the NSUI panel of Arvind for president, Nitash for Vice, Dheeraj for General Secretary and Seema Negi for Joint Secretary post were declared winners. 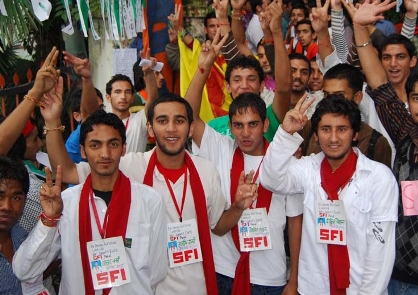 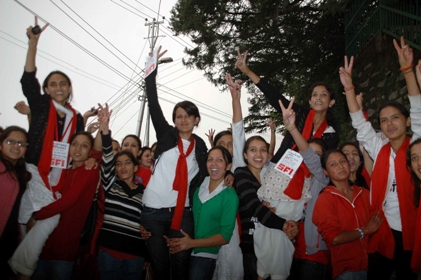 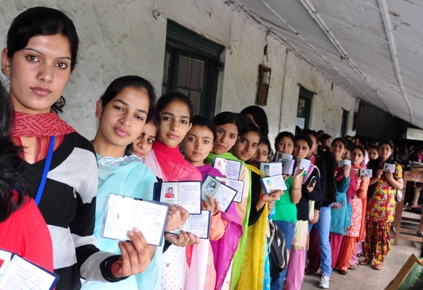 RM Sharma, SP Shimla said that the election process was peaceful and there was not untoward incident in the run up to the polling process.

While SFI was been able to hold onto its stronghold in Shimla, elsewhere in the state ABVP has won most of the college elections.

In Una district ABVP virtually won all the colleges as it did in Mandi, Sundernagar, Ghumarwain, Kangra and Solan, Nahan and Poanta Sahib. Even in other colleges of Shimla district ABVP won in many colleges.

In Government college Sunni it was the ABVP panel of Neelam, Puneet, Pushpinder and Oma Prakesh who were declared winners as was the ABVP panel at Sarswati Nagar of Dinesh Kumar, Rajni Kant, Sandipa and Arun Kumar, who won the elections.

At Government college Rampur it was Vikram Kaith of SFI who was declared President, Monika of NSUI won as vice-president, Munish also of NSUI as general secretary and Nitish Shyam of ABVP won as joint secretary.