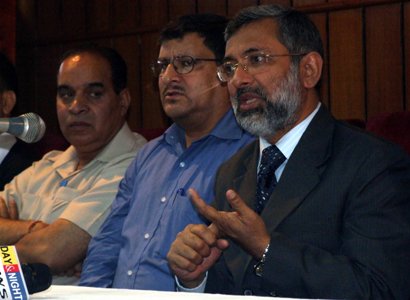 Shimla: To reduce litigation and litigation costs, Himachal Pradesh state legal services authority in collaboration with the 9 law colleges in the state intend to adopt one village in each of the 12 districts so as to make them litigation free entities within a year.

Prime mover of the novel project, Chief Justice Kurian Joseph as patron in chief of the legal service authority, in an interaction with the media said that the law colleges would survey all the legal cases pending in the adopted village.

Whether they are pending before civil or revenue courts, High Court or Supreme Court, efforts would be made to give priority to the cases in these selected villages so as to dispose them off in a year time, he said.

For the purpose, the dormant legal aid clinics in the law colleges would be activated and students would be involved in providing free legal advice, the chief justice said.

From a village the project would be scaled to a panchayat and then to rendering whole blocks as litigation free ones. Besides the regular courts, alternate judicial processes would be used to try and settle cases locally, with the help of the panchayat functionaries.

Given the high nature of service related cases figuring on the pendency list with the High Court, Chief Justice Joseph said that just like the Green Bench to handle environmental issues a service bench was being considered for settling service matters.

Since taking over as Chief Justice in February, he said, pendency had come down from 54,000 cases to about 45,000 cases and over 50 percent of the pendent cases were related to service matters.

The target was to clear pendency upto the year 2001 within the next few months. The oldest case before the court was pending since 1987, he added.

On the occasion, the chief justice announced that Justice Surinder Singh would oversee the effective supervision of Mental Health Act in the state, Justice Sanjay Karol would monitor the juvenile justice system and caseâ€™s related to jail matters would be looked into by Justice VK Ahuja.