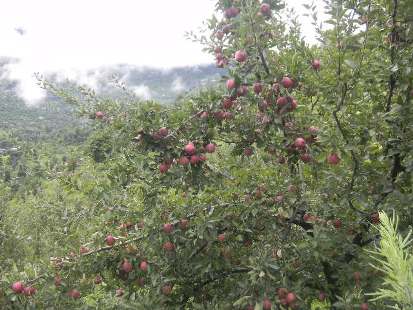 Shimla: Bad roads coupled with a shortage of trucks for transporting apple boxes in the growing belt has irked the Himachal Pradesh Fruit and Vegetable Growers Confederation who have condemned the government for its failure to ensure good roads and effectively monitor transport activity.

Sanjay Chauhan, general secretary of the federation says that â€œgrowers are running from pillar to post for arranging trucks so as to timely market their produce. The pending demand for trucks from Rampur, Dalash, Rohroo, Jubbal, Kharapathar, Kotkhai, Chopal, Nankhari, Theog and other apple growing areas has crossed 1150 trucks, he said.

Moreover, even if some farmer is able to get hold of a truck, he has to settle for a hefty freight charges, which is 8 to 10 times more than what happens to be the normal prevailing rates, said Chauhan. 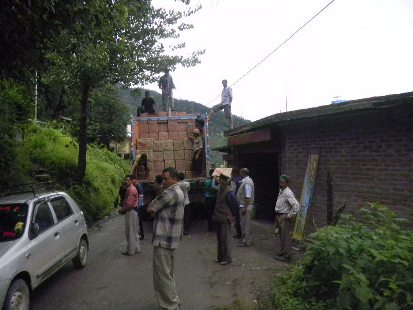 Citing an example, he said that the government has fixed a rate of Rs 41.60 per box from Sheelgaht in Jubbal to Delhi (462 Kms), whereas the freight being charged from Sheelghat to Chandigarh (202 Kms) is Rs 120/- per box.

Terming it as sheer exploitation of the situation, the confederation has asked the government to intervene and stop the loot.
Taking the government authorities to task over claims being made that there was no shortage of trucks in the apple belt, Chauhan says that they are far removed from ground realities being faced by the farmers.

Pointing out the worsening conditions of roads, he said that traffic jams have become a regular feature, which at times last upto 12 hours, no effort is being made to open up link roads and truckers are hesitant to move into these roads because of the risks involved.

The administration needs to arrange for trucks from outside the state, if the losses are to be contained and the perishable fruit is transported and marketed in time.

Should the government not act, the farmers would be forced to agitate, said Chauhan.