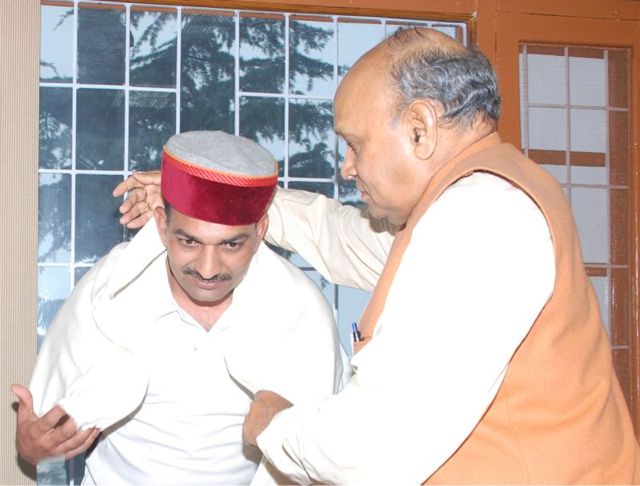 Sanjay Kumar, born on 3rd March 1976 at village Bakain, Distt. Bilaspur to Shri Durga Ram. His schooling took place in the Govt. Sr. Secondary School Kalol. During the period of 1993-94 in Delhi, he worked as driver in private company. He was selected in Indian Army in 4th June 1996. He got posting in the 13th Jammu and Kashmir Rifles. His village had sent many brave men in the Army. His uncle is in the Army while his second brother is also a sepoy with the Indo-Tibet Border Police (ITBP).

Rifleman Sanjay Kumar of the 13th battalion of the Jammu and Kashmir Rifles, who braved the enemy guns and the sub-zero conditions while leading a column of army jawans for the recapture of flat top in Mushkoh valley, at the height of over 17,000 ft, the pain of gunshot wounds has been well worth it.

Flat Top, a post vital for India, was occupied by Pakistan-based militants. Rifleman Sanjay Kumar was the leading Scout of the team tasked to capturing Area Flat Top on 04 Jul 99 in the Mushkoh valley. The advance has to be deliberate as the post was well held by the intruders with remotest chance of returning alive. Having scaled the cliff, the team was pinned down by auto fire of an enemy bunker, 150 meters away.

With complete disregard to personal safety, he crawled up the ledge and charged the bunker. Hit in his chest and forearm, he continued to charge. After cleaning the first bunker, he picked-up the enemy machine-gun and charged the second enemy bunker. Three enemy soldiers were killed on the spot.

For his sustained display of the most conspicuous personal bravery and gallantry of the highest order in the face of the enemy, Rifleman Sanjay Kumar has been awarded Nation’s highest wartime gallantry award Param Vir Chakra on 15th August, 1999.