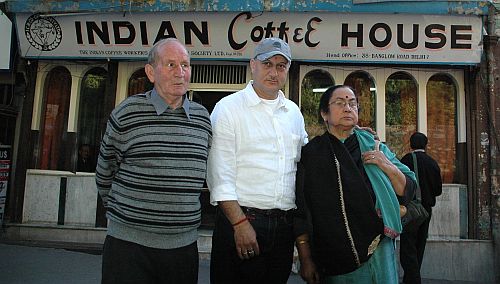 (File Photo: Anupam Kher in middle with his parents at Shimla)
Shimla: Anupam Kher the son of hills will be honoured with prestigious Presidential Award at the ongoing International Indian Film Academy (IIFA) on Friday.

No wonder Anupam Kher has numerous awards linked to his name but he feels honoured to receive this one and says, “I will get the Sri Lanka president award at the FICCI-IIFA Global Business Forum tomorrow (Friday) for my work in cinema. It’s an honourâ€, sources.

Kher has played varied roles in about four hundred movies till date and has tried his hands on direction as well as production.

Its been a twenty-six years journey which he started with the classic movie Saaransh and has acted not only in Bollywood but also in Hollywood.

He was also the First host alongwith Yukta Mookhy in the IFIA London.