Shimla: Nagesh Kumar (50), a tourist from Andhra Pradesh, was killed in a freak accident while participating in an adventure activity at Mahasu Peak near Kufri, yesterday. 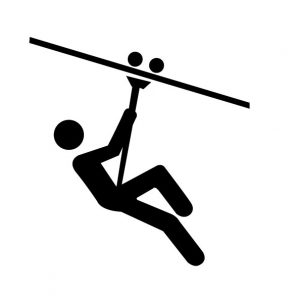 His wife Rekha (45), who was with him on a zip line ride, was injured in the accident. She has been admitted to IGMC Hospital, Shimla.

The accident occurred when the zip line operator failed to stop it in time and the couple hit into a tree. Nagesh suffered severe injuries and is said to have died on the spot itself.

The couple were part of a 40 member group taking a summer holiday in the hills. The group has been left shell shocked by the accident.

District police chief Abhishek Dhullar said that all locals engaged in unauthorized adventures activities at the Mahasu Peak site had been removed.