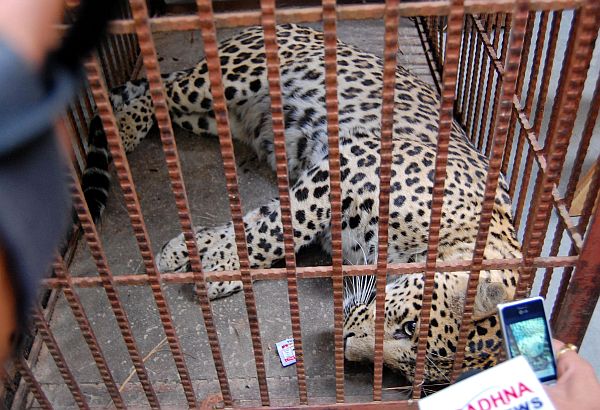 Shimla: A six-year-old, as revealed by the wildlife officer, leopardess mistakenly entered into the premises of the historic St. Bedeâ€™s college in the morning from the nearby forest.

As there are vacations going on in the college, the classrooms were empty and the watchman bolted the wildcat, who was wandering there, in the classroom.

The wildlife officers were informed following which a team led by DFO Yogesh Verma reached the college and tranquilised the wildcat.

Sources revealed that the animal is taken to Tootikandi zoo.