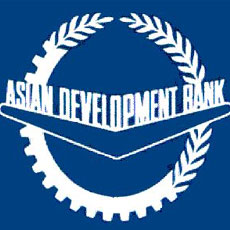 Shimla: Asian Development Bank (ADB) in response to a state government proposal for funding infrastructure related to tourism, power transmission and urban development has in principle agreed to do so, chief minister Prem Kumar Dhumal disclosed.

After holding a meeting with an ADB delegation led by Xiaoyu Zhao, vice-president, Dhumal stated that other than the ongoing negotiations about a tourism project, the bank was open to considering financing a transmission line project, which would help to assimilate power transmission lines from various project into a single corridor in a river valley basin.

Sources privy to the meeting revealed that ADB was close to firming up the Rs 350 crore term loan for tourism. â€œThe agreement for the loan is likely to be signed within the financial year and after that dispersal could start,â€ the source said.

The funds are to be used for improving tourism related infrastructure of various destinations and circuits, eco-tourism, garbage disposal systems, community development, adventure tourism and other related sectors.

The bank is also looking at providing technical assistance for urban development for which consultants would undertake studies, sources said.

Hun Kim, country director Indian Resident Mission of ADB was also part of the delegation that met senior state officials of Friday.
The bank also has a substantial presence in the state power sector and is funding about 1000 MW of power projects being executed by HP Power Corporation Ltd, a government entity.

ADB team also reviewed the progress made on execution of different projects.