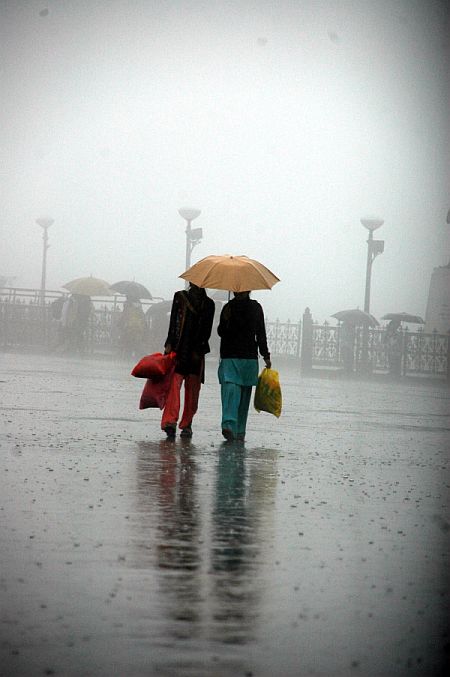 Shimla: Widespread rains over the past two day have brought a respite from the rising temperatures as tourists and residents were seeking looking out for light woolens to cope of with the about 10 degree Celsius drop in temperatures.

Meteorological director Manmohan Singh reported that the summer showers were more intense in the southern districts of Shimla, Sirmaur, Solan, Bilaspur and Una.

Nearly the entire state received light to moderate showers he said but it was more in the southern districts and lesser in the districts of Kangra, Mandi and Hamirpur and Kullu, he said.

â€œWhereas Shimla recorded about 18 mm of rain today, parts of Sirmaur district received as much as 5o mm as did Kasauli in Solan district,â€ said the met director.

The timely rains brought down the day temperature to 18.1 degree Celsius on Friday, while two days ago it was hovering around 28 degrees Celsius. On Thursday, the dayâ€™s high was 24.5 Celsius.

Enjoying the cooler day, Sharth Kumar, a doctor from Chennai out on a holiday said, â€œthe drop in temperature was a pleasant surprise and it forced me to buy a light jacket on a May day, which one could never think of back home.â€

Orchard owners and vegetable growers in the countryside have welcomed the rains after a long dry spell. The rains are a boon for the apple crop, said Dheeraj Thakur, who owns an orchard in Jubbal.