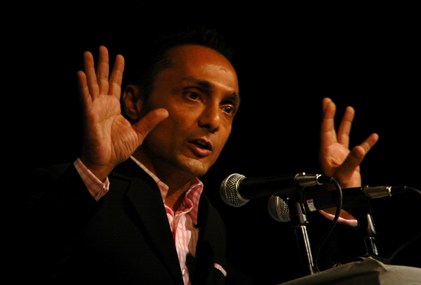 Shimla: From water as the giver of life in Bhoond, to a city growing by burying its older culture in Latent City, to haunting melodies of a love story in Waris Shah- Ishq Daa Waaris, to womanhood overcoming male dominance in Haat and documenting the ages old democratic culture of Malana in Kullu valley, the walk-in Indian Panorama Film Festival 2010 that concluded today was a bouquet encompassing all shades of life.

Other than getting to watch quality cinema, the audience also got a rare opportunity to interact with directors and actors of some of these films.

Speaking about the film festival actress Divya Datta summed it up as, â€œbringing meaningful cinema to people is a reward in itself.â€

Given the response the films received, chief minister Prem Kumar Dhumal let it be known that the government to strive to make it an annual event.

Filmmaker, Vivek Mohan, who shuttles his time between Mumbai and Shimla termed screening of award winning film â€˜Malana Villageâ€™ at the 3 day festival as the best moment of his life.

â€œThe film was made 12 years ago, but being declared a state guest in my own hometown and screening of Malana at the festival is more than I could have asked for,â€ he said.

Sensitizing about the need to preserve and promote the arts, actor Rahul Bose pointed the close connection drama, films, handicrafts and folklore have with keeping culture of a people alive.

â€œThe arts provide as much oxygen to a culture as do healthcare and education,â€ he said.

To a candid question by chief secretary Asha Swarup, whether Bose knew Hindi, he shared with the audience that from the maternal side he did own a house in Kasauli, where he still does spend some time each year. 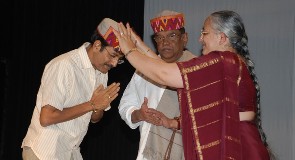 The Latent City, a documentary in English, recorded the changes Delhi has undergone as it has grown into a megapolis. Voices of public space reducing into policed spaces and â€˜the old order yieldth making place for the newâ€™ have been captured to bring out the contrast.