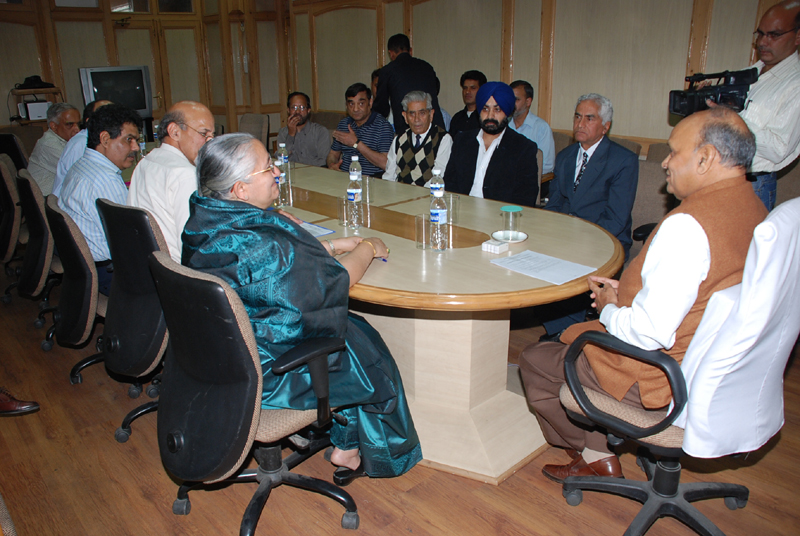 Speaking on the occasion, Chief Minister said that TIN number would benefit the traders immensely since it would be useful for their tax related issues and had fulfilled a long pending demand of the dealers in the State. He said that TIN was an unique number with standard 11 digit format similar to PAN (Permanent Account Number) of Income Tax Department. He said that TIN would provide dealers unique identification number to identify them either at the barriers or elsewhere with minimum chances of use of other dealerâ€™s number. He complimented the Department of Excise and Taxation for taking progressive step towards making tax collection facility high-tech.

He said that dealers in possession of TIN would be able to trade their goods and commodities hassle free from other states to Himachal Pradesh which had been made mandatory in many other states. He said that TIN would also be useful in updating dealerâ€™s data in the State and facilitate easy switch over to new GST regime proposed to be launched from coming year. He said that TIN was also essential under TINXSYS System in use throughout the country. He said that the entire exercise was of issuance of the TIN to all live registered dealers to be completed by June 30, 2010.

Prof. Dhumal said that online software to generate TIN and give registration certificate had been developed by the department itself and was facilitating online availability of status of dealers registration at higher level of Excise and Taxation Commissioner and Secretary, Excise and Taxation. He urged the traders associations and dealers to submit their â€˜Fact Sheetsâ€™ to the Excise and Taxation Department so that they were issued TIN well before the targeted date of June 30,2010. He said that the exercise was in the best interest of the dealers which would save them of many hassles they had been coming across while transporting their goods from different parts of the country to Himachal Pradesh.