Shimla: In a hundred and ten years of its recorded temperature history, mercury in Shimla by touching 25.8 degree Celsius on 23rd March was the second highest for the month during the entire period. 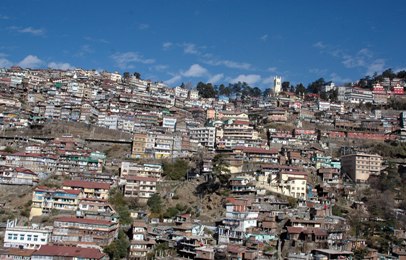 After tabulating the temperatures for the month, meteorological director Manmohan Singh disclosed that since 1901 when weather readings were first started in Shimla station, the highest temperature for the month was recorded on 27th March, 2004 when the mercury soared to 27.2 degree Celsius.

The temperature recording of 23rd March, 2010 at 25.8 degree Celsius is the second highest in over a century, he said. 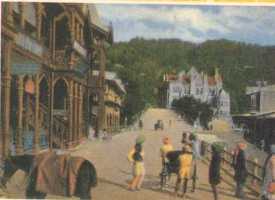 Since 1969, there have been only 4 years when maximum temperatures of 25.0ÂºC or more have been recorded during the month of March, he added.

The mean maximum and minimum temperatures for March 2010, which was characterized by above normal temperatures over Shimla, were 21.5ÂºC and 11.3ÂºC against their normal values of 14.5ÂºC and 6.3ÂºC, respectively, said the weatherman.

The prime reason for these high temperatures seems to be greater westerly and southerly bias in the normally prevalent northwesterly to northerly winds. Increased northerly component after the passage of a western disturbance towards the end of the first week led to some respite from high temperatures during second week of the month. Subsidence associated with an anomalous anticyclone over the region during the third week again led to the increase in temperatures.

Absence of spring rains was also responsible for high temperatures recorded. Against a March normal rainfall of 61.0 mm, in March 2010 the rain recorded was only 4.1 mm, marking it as the 4th lowest precipitation year in Shimla during the month since 1901.

March 2004 was the dry month in Shimla when the precipitation was 0.0 mm. The highest ever precipitation recorded in Shimla is 231.4 mm, which was in March 1911, said the weatherman.