Shimla: How antique thieves managed to lift an over 100 kg bell stand along with the bell from in front of the reception at Indian Institute of Advanced Studies (IIAS) that has a 24 hour guard watch on Wednesday night has foxed both the institute authorities and the police.

Institute spokesman Ashok Sharma disclosed that at any given time there are at least 8 people guarding the sprawling campus of IIAS. 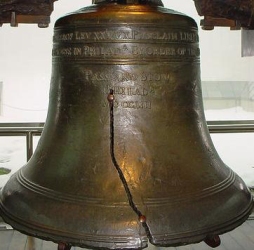 There are 12 chowkidhars employed on a regular basis of whom at least two are deployed on duty at any given time.

Besides them, the institute has engaged private security who deploy and additional 6 guards on shift basis for round the clock security to the heritage property.

The thieves who struck on Wednesday night lifted the heavy gear bell from under the guards noses and carried it about 600 yards. Here the bell was detached from the intricately carved wooden bell-stand before the next security gate within the premises was crossed.

Surprisingly neither the security on guard nor the resident scholars on the 110 acre campus heard a sound while the stealth job was being executed.

District police chief RM Sharma said that besides the bell stand left the thieves had left behind practically no clue. For negligence of duty arrest of the security on duty was not ruled out by the police even as involvement of insiders was suspected.

When the institute occupied the premises in 1965, the central public works department (CPWD) had handed over the majestic Viceregal Lodge and another 45 buildings for the purpose of setting up the advanced learning center for scholars.

Institute sources disclosed that when the premises was handed over, all the artifacts were not cataloged, but CPWD had numbered all the inventory at the campus.

However CPWD officers when contacted maintained that since the department is not in possession of the property, they had not been maintaining any status report about the artifacts at the institute.

Sharma also says that other than an inscription on the bell, little is known what the history of the metal ware is.

The inscription on the bell was deciphered some years ago by visiting Nepali royal family members who said that name inscribed on it was that of Rattan Bhadur Singh Mann and the Vikrami calendar date worked out to 1903, when Viceroy Lord Curzon was presiding over estate, said the institute spokesman.

Writer Raaja Bhasin, who has helped IIAS set up in house museum said that the bell in all probability was used as a dinner gong. The metal ware and the wooden carving on the stand were typical of the Nirwari community of Katmanadu region, he added.

â€œViceregal Lodge is a piece of history and cataloging of all the artifacts needs to be done on priority,â€ said Bhasin.

The building is closely associated with the Independence of India where leaders like Mahatma Gandhi, Jawaharlal Nehru and Mohammed Ali Jinnah participated in the Shimla Conference of 1945 and met the leader of the 1946 Cabinet Mission in a bid to avert the partition of the sub-continent.

Artifacts pertaining to the period are still preserved in the building, which include a table that was used to draw the partition map of the country.