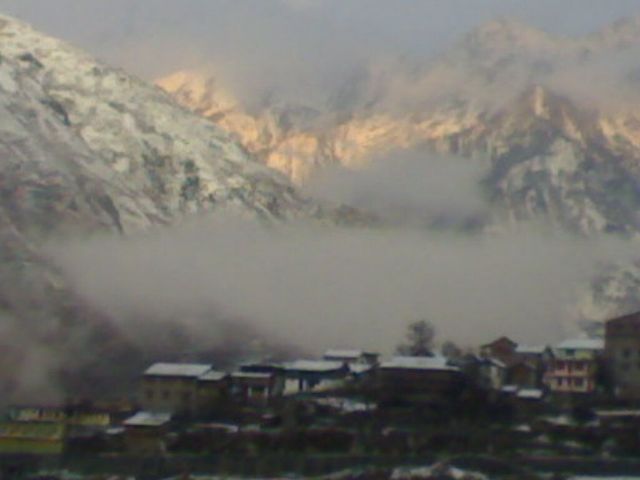 Shimla: There were a record over 1.14 crore tourists who visited the state in 2009, which was more than 17 percent from the previous year. The states current population is projected to be only 70.29 lakhs.

In response to a question by Kaul Singh (congress), during question hour chief minister Prem Kumar Dhumal let the legislative assembly know that with an objective to increase the staying span of tourists, 125 places had been selected, some of which were new, for which funds from central and state government would be used to develop suitable accommodation and connectivity.

Central tourism ministry has sanctioned Rs 23.45 crore of which Rs 6 crore had been released for offbeat tourism, Rs 5.72 crore for Shimla Theog, Narkanda circuit; Rs 3.80 crore for Sundernagar circuit and Rs 3.24 for Jubbal, Rohru circuit said the chief minister. An amount of Rs 56 crore has been proposed to the central ministry for Kullu and Sirmaur districts, he added.

For starting heli-taxis services, Dhumal â€“ w ho is also the tourism minister said, a single bid by a private party had to be dropped and the tenders floated for the purpose had to be cancelled. An alternate model was being explored where all players in the field could be allowed to ply heli-taxis at various places, for which obtaining necessary clearances from director general of civil aviation was mandatory, he said. To improve accessibility to remote but scenic valleys or spots, plans were afoot to develop additional 12 helipads.

The adventure sport of heli-skiing was being conducted in Manali and was open from 6th March till 27th March, he said. A 30 year agreement for the high end sport was signed in December, 2006. However because of less snow, it failed to take off in 2007 and 2008, said Dhumal.