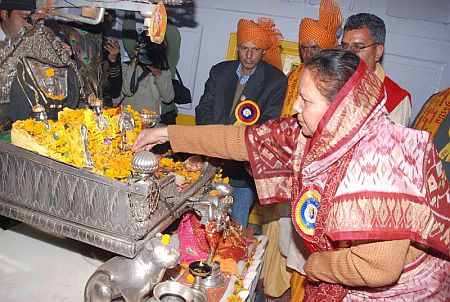 Himachal Pradesh Governor, Urmila Singh along with other prominent figures of the area attended the concluding ceremony of the famous Shivratri Fair at Mandi.

She paid obeisance at the Madhorai and Bhootnath Temple and participated in the Jaleb procession.

Presiding over the occasion she said that the fairs and festivals had their own significance and go a long way in strengthening the bond of brotherhood and fraternity among the masses in the State. The Mandi Shivratri festival has its own importance in the religious ceremonies of the State. Gods and Goddesses occupy the topmost place in our society and appreciated the efforts of the Shivratri Festival Organising Committee in inviting 215 deities to the festival, she added. 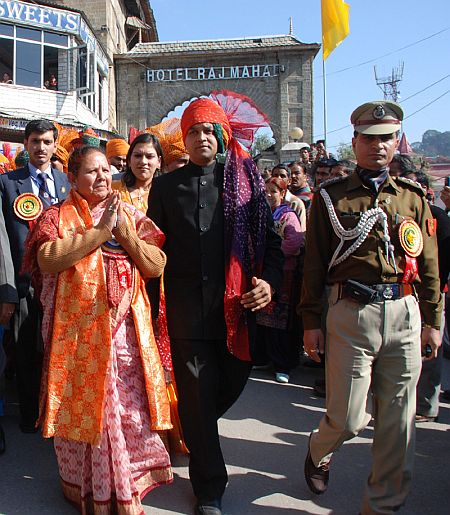