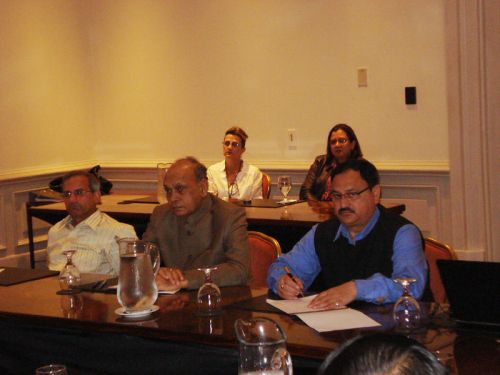 Shimla: In the eye of changing climatic patterns being observed in western Himalayas, chief minister Prem Kumar Dhumal let an International Conference on Environment and Climate Change organized by World Bank at San Jose, Costa Rica know that the north Indian state of Himachal Pradesh would be setting up a State Centre for Climate Change, Disaster Management and Snow and Glacier Studies for chalking out climate change mitigation and adaptation strategies and to enhance stateâ€™s preparedness for natural disasters such as earthquakes, landslides, glaciers lake outbursts and flash floods.

The chief minister said that a State Resource Information Centre to serve as a central repository for all databases on environment, natural resources and climate change would also be established.

Dhumal let the conference know that an Environment Master Plan formulation in assistance with World Bank was nearly complete wherein spatial vulnerability assessment, sectoral guidelines for environmental protection formulation and other such measures had been incorporated.

The Himalayan state was working in developing tools and methodologies for green accounting in the budget processes. We are in the process for inventing upon Green House Gases emissions for assessing Carbon Footprints, said Dhumal.

An integrated and comprehensive approach towards building a sustainable and climate resilient economy had been developed, he added.