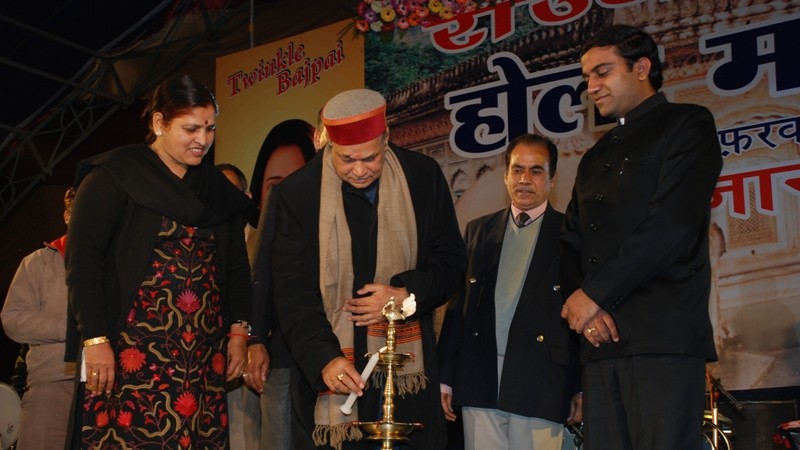 Shimla: Like Kullu Dussehra and Mandi Shivratri even Holi of Sujanpur would be accorded international status. This was announced by Prof. Prem Kumar Dhumal on inauguration of three day long State-level Holi Festival at Sujanpur, Hamirpur on Friday evening.

He also said that in Chief Minister Sainik Welfare Fund a collection had gone upto Rs. 11 crore. Lashing out at those spreading misinformation campaigns about the utilization of National Security Relief Fund, Dhumal said that the State Government was committed to the welfare and well-being of the ex-servicemen and their dependents.

He said that even during peace and normal situation, Rs. 3 lakh was given to the family of martyrs, likewise an amount of Rs. one lakh is paid to kith and kin of the soldiers, para military forces and Rs. 25,000 are paid on natural death.