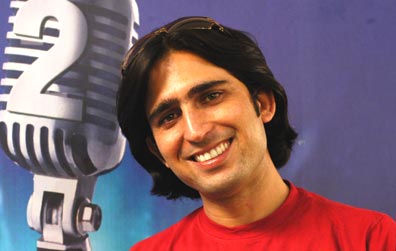 Shimla: Anuj Sharma the famous Himachal folk singer and Indian Idolâ€™s, a reality TV-show, second runners up is all set to rock his fans around the world with his latest album â€˜KHWAABâ€™ with UNIVERSAL MUSIC Company, to be released on 3rd March, 2010.

Talking to My Himachal News he said,â€œ We had planned to release the album on 26th February first, due to Holi the release is now on 3rd March, 2010.â€

He also told that the album consists of eight hindi songs and the title song is shot in Thailand.

The videos can be seen on various music channels and heard on Radio stations.