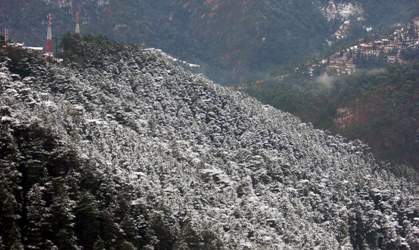 Shimla: Early morning walkers were a delighted lot to encounter silently gliding snowflakes hitting their face, just as dawn was breaking over the horizon.

They were magical moments, at last we were having the first snowfall of the season in Shimla. Soon the falling flakes gathered intensity, the sky drew closer and it all appeared that the day would be one of bountiful snow. 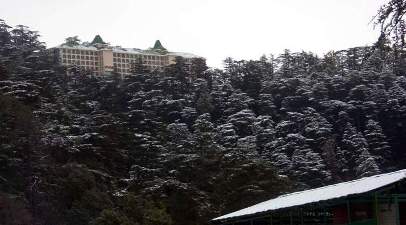 As the morning wore on, the disappointment was writ large on many people. The thin layer of white that had gathered on trees, roofs, pathways soon began to wear out. 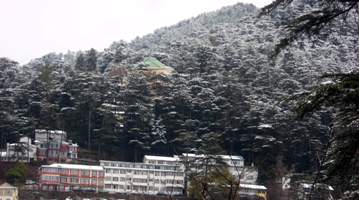 The monkeys who had huddled into groups, pulling the young one closer to their chests for keep them warm were soon breaking away, searching bins for food.

Tourists who were lucky to have grasped the magical moments were out breathing vapours into the cold morning and all excited.

With days of film camera gone by, cell cameras were deployed to digitally freeze the moment. 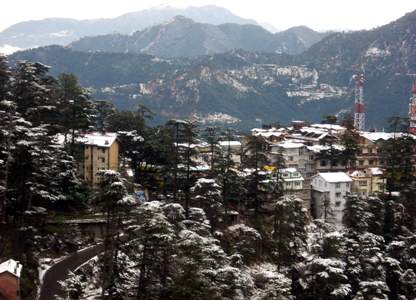 As the day wore on, by noon besides Jakhoo Hill and some north facing hillsides, the layer of cotton had melted away.
As the day inches towards the evening, the skies are all gathered with darkness, giving hope to all that there is more to come.