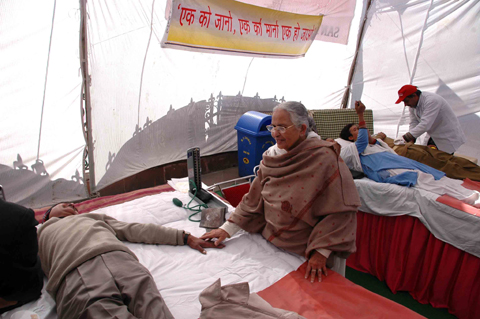 Following the objectives of Nirankari Baba Hardev Singh Ji Maharaj that â€œthe blood should flow in the human veins instead of flowing in the streets and roads and nobody should die due to the non-availability of bloodâ€, people helped in making this camp a success through their generous blood donations.

40,000 units of blood had already been donated by the Mission Volunteers during the current year, mentioned a member.