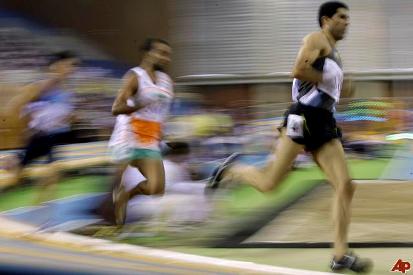 Shimla: Himachal Olympic Association has won the bid to host the Indoor National Games, 2010 that would held at various venues but mainly in the newly build indoor stadium in Dharmshala.

Anurag Thakur, secretary general of HPOA stated that the IOA at its meeting in Delhi on Saturday approved holding of the 2010 Indoor National Games in Himachal.

â€œSchedule and the itinerary of the games would be decided in the next meeting of the IOA, said Thakur.

An amount of Rs 50 crore would be spent for creating the necessary infrastructure for successful holding of the games, which are being held for the first time in Himachal, he said.

The games would also give exposure to the youth from the state in the national arena, he added.

Sources disclosed that with limited sporting facilities available, various sporting disciplines may have to be held at different venues but most of the games are likely to be held at Dharamshala where an indoor stadium has been built.