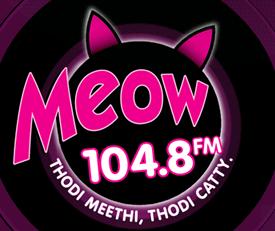 To be aired on 104.8 FM frequencies besides entertainment the channel content would have informative programs also, she said.

Meow 104.8 FM, is India Today Group foray into the radio space. â€œMeow 104.8 FM is the only talk radio in India that is a 24 hours radio station as this concept has already got overwhelming response from many places, said Mishra.