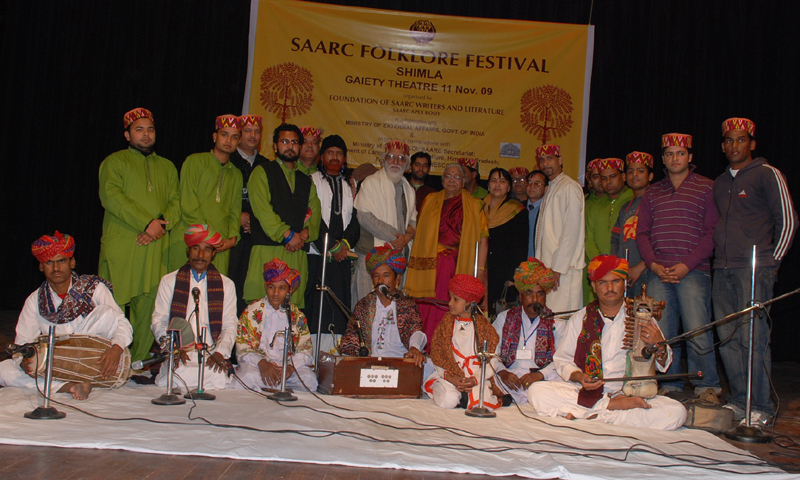 Speaking on the occasion, the Governor said that Indian culture had richest tradition which had shown the path of peace, moral values and harmony to the whole world. She praised SAARC for its commendable effort in spreading the message of religious and communal harmony.

The Governor said that Sufi music spoke of Indian culture in true sense and the performance by the renowned Sufi singer like Ustad Sardar Ali Qadir during the festival along-with other artists was a sincere effort to highlight the exquisiteness of Indian culture.

She also announced Rs. 20,000 to the artists for the promotion of cultural activities. Senior functionaries of SAARC Writers & Literary Foundation, Delhi and H.P Language and Culture Department were present on the occasion.