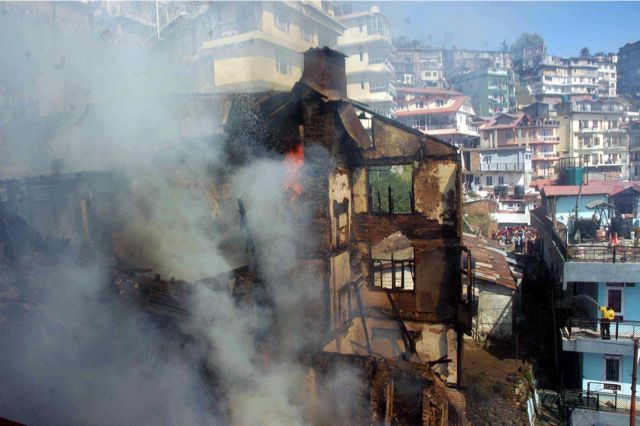 District police chief RM Sharma said the fire was caused by a faulty gas cylinder that started the fire in the fourth floor of the five floor building.

As the residentâ€™s failed to contain the fire and bolted out, the cylinder burst and spread the fire to other parts of the building, said Sharma.

Fire fighters assisted by police and army personnel helped to douse the flamed and contained the inferno from spreading to other neighbouring households.

With the old structure containing a lot of wood construction material, it proved hard to put out the flames. Ten families are reported to have been residing in the over century old building.

The loss is estimated to be over Rs 1 crore.