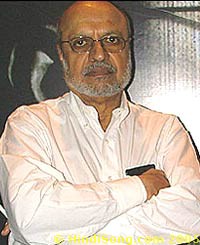 Shimla: Film lovers are in for a bonanza of Shyam Benegal films that are to be featured at a festival here at Gaiety Theatre in collaboration with National Film Archive of India between 23rd and 25th October.

Later on the same day at 5.30 p.m. the 1978 film Junoon starring Shashi Kapoor and Nafisa Ali is to be screened.

On 25th October, the 1983 film ‘Mandi’ starring Smita Patil and Shabana Azmi would be screened at 12.30 p.m. The festival would close with the screening of the â€˜Zubaidaâ€™ at 5.30 p.m. on October 25th which stars Karishma Kapoor and Manoj Bajpai in the lead roles that Benegal directed in the year 2000, the spokesman said.