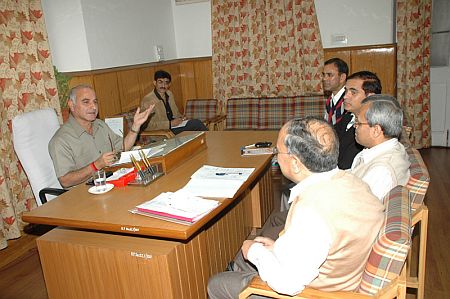 The program involves providing connectivity to all villages having a population of over 250 persons, a norm specifically included for hill societies under the centrally funded scheme.

These roads would provide connectivity to 203 habitations and would involve construction of 609 kms of road length, stated the minister.

To speed up road construction, the state government had paid Rs 15 crore as net present value to forest department for permitting construction of 83 roads.

Work on 196 other roads requires an additional Rs 40 crore deposit with forest department before construction can start, said Gulab Singh.

The state was committed to connect all habitations with a population of 250 under the scheme by 2012.

Trying other road building materials, on a pilot basis the department was using plastic waste after mixing it with bitumen for tarring of roads.