Shimla: Living with a energy crisis and though power sector was discussed at the outset of Shriomani Akali Dalâ€™s two day Vichar Baithak here, but no headway was made on reforms for none uttered the word â€˜farm subsidiesâ€™ and the party decided to stand by its manifesto commitments.

Speaking to the media after the morning session HS Bains, media advisor to Punjab chief minister Prakash Singh Badal said that free power to farmers was considered as investment in agriculture and the party stood by its manifesto commitments.

When pointed out that finance minister Manpreet Badal had questioned the concept of unsustainable farm subsidies prior to holding the Vichar Baithak, he said, â€œnobody mentioned subsidies in the session.â€

Holding the previous Capt. Amarinder Singh led congress government for having neglected the power sector, he said that thermal projects for adding 7000 MW of power were under execution. The central government had given time till 15th December for unbundling of the electricity board, he added.

The government intended to get tough on power theft as well as theft of water from canals for irrigation. It was also decided that all ministers would have to hold office in Chandigarh atleast three times a week, from Tuesday to Thursday.

Following the BJPâ€™s Chintan Baithak, the Akali conclave is being held at the same venue in Hotel Peterhoff, which has been witness to Nathu Ram Godseâ€™s trial for having assassinated Mahatma Gandhi in 1948.

In response to a question, Bains said that most decisions taken at Shimla had been discussed earlier with BJP, the coalition partner in the government. â€œWhatever new decisions the party takes would be discussed with them,â€ he added.

To strengthen the party at the grass roots, the meet decided to constitute a committee for looking at the strengths and weakness that surfaced in the electoral performances in the recent bye-elections, the Lok Sabha elections as well as the Vidhan Sabha elections.

Counting the governmentsâ€™ achievements, the media advisor mentioned that by doubling the capacity of Bhatinda refinery, employment avenues would also increase to about 2 lakh new jobs. The refinery was likely to be completed by 2011 as about 40 percent work on it was completed, he claimed.

By increasing VAT, excise and sales tax, the government in two years had increase revenues by 47 percent which was the highest for any state in the country, he said. 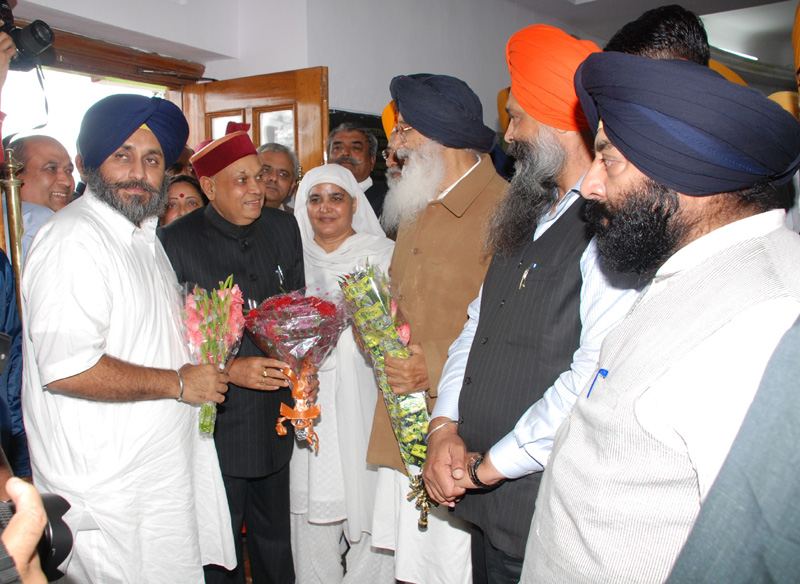 The government had launched a drive to fill up a huge backlog of teachers and by end of the financial year there would be no school in the state that did not have teachers.

Being a landlocked state, the government was giving importance to air connectivity. The Mohali international airport was near ready and would become functional in two months and an aero polis was planned in Machiwara, near Nawaan Shar for which even the Haryana government had contributed funds, said Bains.

The Baithak did discuss implementation of the party manifesto and besides power the focus was on agriculture, infrastructure development, social welfare, irrigation and civil aviation.