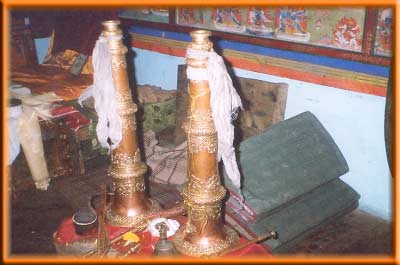 Shimla: Highlighting the need to conserve the Himalayas, noted environmentalist Vandana Shiva stated that these mountains were custodians to a large diversity, which would vanish unless reckless usage of natural resources was not curtailed.

Speaking at a workshop on â€˜Change in Himalayas: issues, concern and remedial measure‘ at Himachal universityâ€™s Institute of Integrated Himalayan Studies (IIHS), Shiva of NAVDANYA, a research foundation for science, technology and ecology asked for reverting to traditional systems of agriculture, horticulture if the pressure on natural resources was to be reduced and the eco-zone saved for future generations.

Delivering the keynote address she said that the green house effect was adversely affecting the life cycle and giving rise to complicated medical problems.

Emphasizing on the direct relationship between producer and consumer Shiva said, bio-diversity conservation, promotion of organic agriculture, production and expansion of farmerâ€™s rights and fair trade need to be ensured for having economically viable markets.

Over exploiting nature has hit back with more severe droughts, devastating cloud bursts, shrinking glaciers and a change in the weather cycle, she mentioned.

Vice chancellor SK Gupta, speaking on the occasion said that environmental issues need to be balanced with the food needs of the nation to avert hunger by preparing a strategic plan for the country.