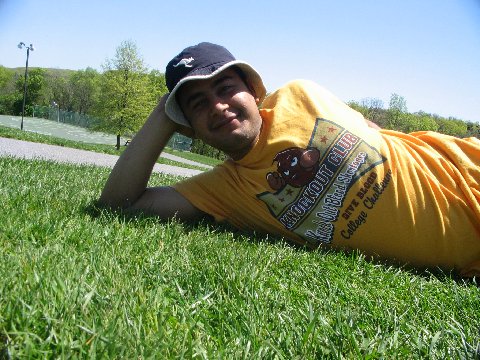 Reeves was arrested on July 29th with robbery charges. He later confessed to the murder of Thakur.

Slain clerk’s kin relieved over arrest in ’06 death
The suspect, 21, confessed to killing Hitender Thakur during a store robbery, officials say. The Indian student had come here to pursue his dream of a medical career.

Hitender Thakur came to the United States from Mandi, India, with high hopes and aspirations, his family says.

He originally wanted to be a doctor, but after moving to Harrisburg in 2003 following two years at an Armenian medical school, Thakur changed his mind and decided to pursue nursing.

The 23-year-old was working the night shift at City Gas and Diesel Mini Mart in the 1500 block of State Street in Harrisburg when he was shot to death during an attempted robbery. Before leaving Harrisburg shortly after his son’s death, authorities cautioned Khem Singh Thakur that, even though they would still work the case, the killer might never be found.

Jerry Reeves, 21, of Harrisburg, was arrested and charged in the slaying. Mayor Stephen R. Reed said Reeves confessed to the slaying last week as he was questioned by detectives on separate robbery charges.

As he announced the arrest, Reed noted the senselessness of the killing. Thakur didn’t try to struggle and Reeves didn’t get any money out of the attempt, he said. Thakur was shot “just for the hell of it,” Reed said.

“This is a stone-cold thug,” Reed said. “And he’s where he belongs — prison.”

On Tuesday, Reeves ignored questions from reporters as he was escorted from the city’s police station to a prisoner-transport van after being charged with homicide, robbery, carrying a firearm without a license and tampering with evidence. He’s being held in Dauphin County Prison without bail. It was unclear whether he had an attorney.

Thakur was found about 1:15 a.m. with a gunshot wound of the chest. Paramedics attempted to revive him, but he died at the scene.

A videotape of the holdup from security cameras showed the robber pointed a handgun at Thakur through an open window in the glass that surrounds the counter as protection for the clerk. Thakur bent over and tried to shut the window. The gunman fired, striking Thakur.

Because Thakur was alone, there was nobody to call the police or an ambulance. Minutes later, a customer found Thakur’s body behind the counter and called for help.

Thakur, who had dreams of working for the World Health Organization, normally worked the afternoon shift at the 24-hour station but switched shifts with a friend that Wednesday so he could attend class at HACC until 9 that night. He started his shift about an hour later.

Robert William, speaking on behalf of Thakur’s family, said the Indian community was deeply impacted by the sudden death.

“It sent shivers into the hearts of international students who have made Harrisburg their home,” William said. “News of this arrest will put us on the path to see that justice is done and Hitender Thakur’s death was not in vain.”

A friend and co-worker, Nishant Rana, said Thakur only had about a year of classes left.

“We’ve been waiting three years for them to find him,” Rana, a 24-year-old HACC student studying respiratory therapy, said of the arrest. “We were losing hope, but we’re glad they got him.”